I’m thrilled to share the new cover for my upcoming novel, A Highland Captive. Set in the west of Scotland in 1298, it tells the tale of Isobel de Moray, abducted to be married off due to the importance of her family, only to find herself abducted a second time, and taken to the remote isle of Eorsa in the Inner Hebrides…

Cailean MacDubhgaill is only interested in fighting for the Scottish cause. He joins the battle at Falkirk, but is wounded when he takes a blow to the thigh by an axe. Sir Eoín de Moray, uncle to the late guardian, Andrew, helps him and takes him into a nearby forest, but is killed whilst fighting off pursuers.

When Cailean recovers from his injuries with the help of the healer Eithne, he rushes to de Moray’s manor on the shores of Loch Ness to convey the news to de Moray’s daughter, Isobel, but he finds the manor burnt down and Isobel abducted.

Finding herself taken away from her home against her will, to be married off to an English lord in service to King Edward I, Isobel de Moray considers her fate when a nighttime raid on the mercenary camp sees her freed – only to fall into the hands of a determined knight. The stranger takes her to his keep on the remote isle of Eorsa, but Isobel has other ideas…

A Highland Captive will be released in early 2019, with the Kindle version available for pre-order from later on in December 2018. 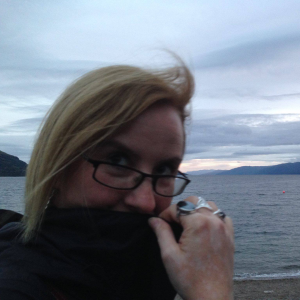